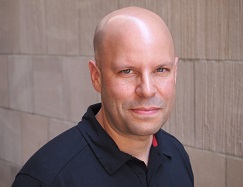 Lee is the president of the New Venture Fund (NVF), and brings more than 20 years of experience incubating and launching innovative partnerships with the public, private, and nonprofit sectors. He previously served as a managing director at Arabella Advisors, leading its engagement with NVF and many national nonprofit organizations that Arabella has managed, including the Sixteen Thirty Fund, the Latino Victory Project, and others. Earlier in his career, he served as the founding executive director of ecoAmerica, a nonprofit that works to make conservation a higher priority for the American public. At ecoAmerica, Lee was instrumental in launching the American College & University Presidents’ Climate Commitment, which put the fight against climate change at the center of higher education’s agenda. Lee also built strategic partnerships with nonprofits including the Clinton Foundation and the Nature Conservancy.

Previously, Lee led a 40-person project team at D&R International, which established ENERGY STAR as an internationally recognized brand name for energy efficient consumer products. Lee and his team worked in support of the US Environmental Protection Agency and Department of Energy to convince companies like Sears, The Home Depot, Whirlpool, and GE to use the ENERGY STAR label.

Lee also serves as chair of the board of the Hopewell Fund, another independent nonprofit originally incubated at NVF. He earned a BA from Wesleyan University and an MBA from Georgetown University.