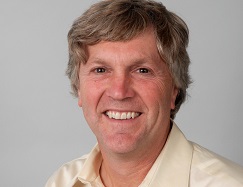 In 1996, Harry founded the Friends of the Depot, dedicated to the economic redevelopment and environmental preservation of the former Savanna Army Depot in Illinois.  As its leader, Harry successfully advocated for the addition of thousands of acres of land to the Upper Mississippi Fish and Wildlife Refuge and prevented the destruction of a pristine sand prairie by promoting an alternative, environmentally appropriate site for construction of a prison.

Harry continues to serve as a director of the Environmental Law and Policy Center (he served as chair from 2008 to 2011), the board of which he joined in 2003. Following the philosophy that environmental progress and economic development can be achieved together, ELPC is the Midwest’s leading public interest environmental legal advocacy and eco-business innovation organization. It develops and leads successful strategic advocacy campaigns to improve environmental quality and protect natural resources.

Since 2008, Harry has also served on the board of the New Venture Fund, a public charity that supports innovative and effective public interest projects in conservation, global health, public policy, international development, education, disaster recovery, and the arts.