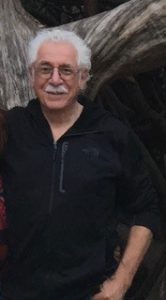 Bill Gallegos is a long-time activist in the Chicano Liberation and environmental justice movements, having worked as a labor, community, and campus organizer. He is originally from Colorado and began his activism with the Crusade for Justice.

Bill is also the author of “Reflections on the Green Economy”, “Ethnic Cleansing:  A Program of Resistance” and “Victories & Momentum on the Frontlines: The Chevron Refinery Campaign.” He presently serves on the Weaver Team (steering committee) of Building Equity & Alignment, as well as being active in the efforts to create a Climate Emergency Mobilization Department in the City of Los Angeles.